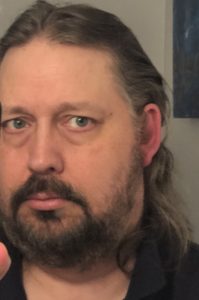 Jack Soren was born and raised in Toronto, Canada.

Before becoming a crime and thriller novelist, Jack spent twenty-five years writing documentation for some of the largest software companies in the world, penned a humorous column for a Toronto singles magazine, and spent six months as a terrible private investigator.

His debut novel The Monarch was published in 2014, was a finalist for the Kobo Emerging Writer book award and was nominated for the Silver Falchion Readers Choice award.

The second book in the series, The Tomorrow Heist, was published in 2016 and was an Amazon Bestseller.

Both books in the Monarch Series are available in English, Japanese, German, Dutch, and French.

He lives in the Toronto area with his wife, daughter and stepson, where he is writing his fourth novel.